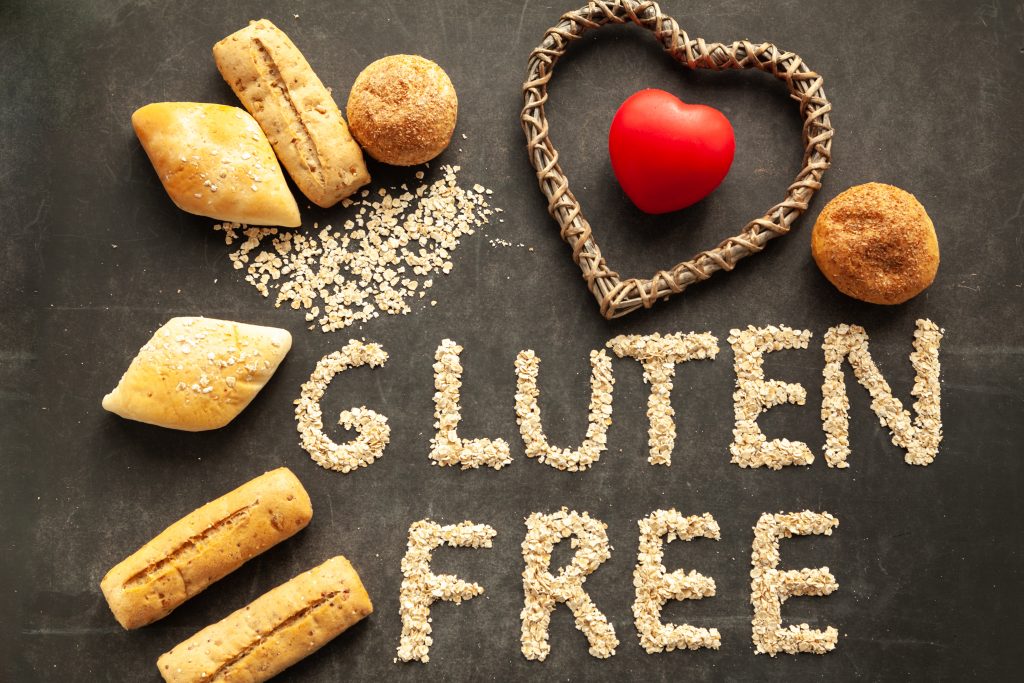 Why would anyone give up chocolate chip cookies, pizza, and French bread to go on a gluten-free diet? It sounds like torture.  But sometimes the results make it worth the effort and sacrifice.

Although I don’t have celiac disease, I do have rheumatoid arthritis.  I’ve been eating gluten free since January 2, 2003, and it’s made a tremendous improvement in my health. Prior to that, on a scale from 1 to 10, my joint pain was a 5 or 6. Now it’s a 0 or 1, as long as I avoid gluten.

When I talked my husband into mountain biking the Great Divide Mountain Bike Route from Canada to Mexico, I knew the ride wouldn’t be easy.  It’s nearly 200,000 feet of elevation gain over 2,500 miles  according to Adventure Cycling, the association that mapped the route. It crosses the Continental Divide about 30 times.

Before I decided to do this ride, there were mornings my hands hurt too much to hold a toothbrush without great effort. Shifting the gear levers on my bike often required two hands. In spite of that, I was determined to do this ride.

My inspiration was a documentary I saw at a film festival in November, 2002. Uphill All The Way is about five girls who were students at a “rehabilitative high school … for drug addicts, victims of sexual abuse, and juveniles that have had run-ins with the law.” They faced the challenge of the Great Divide Trail. None of them were experienced cyclists, yet they did it “despite great emotional and physical barriers.”  A van carried their gear and met them at the end of each day.

The Great Divide Route was completed in 1997. I heard about it in 2000 and immediately called Adventure Cycling to find out about a mountain bike tour with van support. They assured me there was no such thing.  (Twenty years later, they do offer fully supported tours, including the Epic Great Divide.) The idea of towing all of our own gear in a bicycle trailer in a did not appeal to me in the least, so I forgot about it for a while.

Tears glistened in my eyes when the movie ended and the Uphill Girls had succeeded. I turned to my friend and said, “I’m going to do that next summer.” If those girls could to it with all of their challenges, I figured I could do it with my 50-year-old body and arthritic hands. We would use our 24-foot motorhome for support instead of a van.

This ride promised to be an amazing adventure, and I made every effort to get rid of the pain. An article I read said that wheat could cause inflammation and pain for people with rheumatoid arthritis. Gluten was eliminated from my diet on January 2, 2003, which probably reduced my pain by 50% over a 3-month period of time.  My doctor prescribed Celebrex, which got rid of another 25%. Physical therapy didn’t help at all.  Jim upgraded the shifters and drivetrain on my bike so it would be easier on my wrist and thumb. But the silver bullet was two cortisone shots in my wrist and thumb the week before we left.  At the border of Canada on July 21, 2003, with the entire trail ahead of us, my hands were pain free.

Jim and I met another rider at the Canadian border. Evan rode the entire trail with us.

We had invited friends and family members to join us for a week or so at a time.  They drove the motorhome to our next destination and had the day free to explore. When we met up at night, I cooked dinner. Jim and I slept in a tent so our drivers could have the bed in the motorhome. It was a win-win for everyone.

In 2003, not many people were gluten-free. In Montana I told a waitress I couldn’t have toast or an English muffin because they contained gluten. She said, “Would you rather have a bagel?” In spite of a few minor challenges, I managed to find plenty of food to eat along the way.

On September 17, we reached the Mexican border. My body was sore — but so was everyone else’s — and my heart soared. I did it!

At Thanksgiving, 2003, I said, “I’m tired of this stupid diet.” I ate dressing smothered with gravy and ended the meal with pumpkin pie. For the next two days, I needed help dressing myself. My hands hurt when I attempted to button or zip my clothes.  Walking was painful. That was all the convincing I needed. I’ve been gluten free — and mostly pain free — ever since.

One notable exception happened a few years later when we went skiing. I wanted soup for lunch. Of the five soups available, I could tell by looking that four of them most likely had wheat flour. I ordered a broth-based vegetable beef soup.  Within 10 minutes, my hands felt like someone had banged my knuckles with a hammer. I asked the server if the soup had any wheat in it. He said “I doubt it, but I’ll double check with the chef.”  When he came back, he said, “Yes, it does.”  With the abundance of gluten-free menus these days, I no longer have to guess what’s safe for me to eat.

Not Necessarily for Everyone

While a gluten-free diet works well for me, I don’t push it on anyone. A few years ago, my husband decided to try it since he was starting to have some joint pain. He went gluten free for about 3 months, but it didn’t make any difference. Now he happily orders his hamburger on a bun instead of a lettuce wrap.