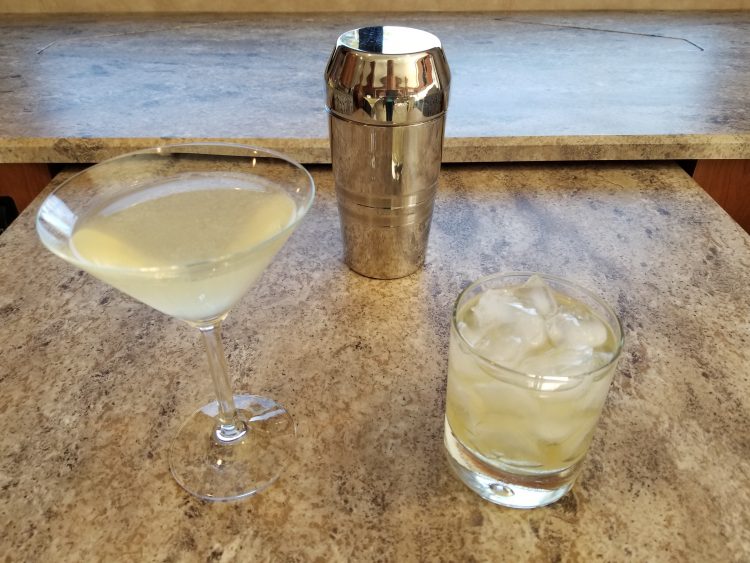 Are you looking for a new cocktail for the New Year?  Ginger pear martinis are my current favorite. They are made with just three ingredients: Absolut Pear Vodka, King’s Ginger Liqueur, and Kevita Lemon Ginger Sparkling Probiotic drink.

This recipe was inspired by one I found several years ago in the Colorado Springs Gazette newspaper, courtesy of the Broadmoor Hotel. It contained pear vodka, ginger liqueur, fresh-squeezed lemon juice, apple juice, and ginger simple syrup, which was made from sugar, water, and fresh ginger. It was really tasty, but a bit time consuming to peel and slice the ginger, boil it in the water and sugar, let it cool to room temperature, and strain.  I suppose this is no big deal to make in the Broadmoor’s 50-butt kitchen — after all, it is one of only two Forbes five-star resorts in Colorado — but it was more than I wanted to do in my one-butt kitchen.

I tried several variations, including substituting a mixture of one part store-bought ginger syrup and one part water for the ginger simple syrup. It was good but took 15 minutes to make. When I noticed the lemon ginger probiotic drink at the grocery store, I decided to try it.  Since it’s a probiotic, it’s kind of a health food drink, right? That’s an added benefit! (Don’t google it; I don’t want to know if the alcohol renders the probiotic ineffective.)

These revised ginger pear martinis are much easier to make — prep time went from 1 hour to 2 minutes — and they’re just as tasty. Plus that, I can make one drink at a time instead of a whole batch.

I’ve tried several different brands of pear vodka and ginger liqueur, and I’m recommending the ones I liked best. King’s Ginger is made in England, and it can be tricky to find in the US. Check the King’s Ginger website for a store that carries it near you. 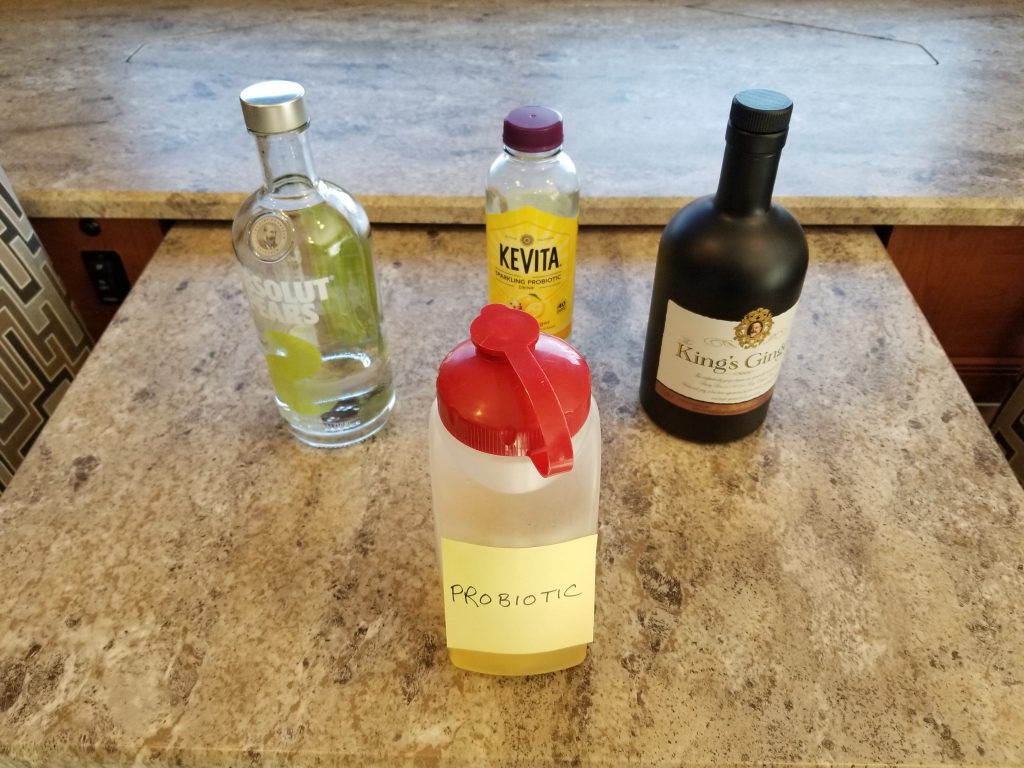 To serve martini style, pour a single serving into a cocktail shaker filled with ice and shake vigorously.  Strain into a chilled martini glass.

I prefer it in a cocktail glass filled to the brim with ice; it’s not quite as strong that way. (True confession: This is a tasty, strong drink. One is not enough, but two are too many for me. Call me a wimp, but I usually add a bit of water or extra probiotic drink to the glass, especially if I might want to have two.)